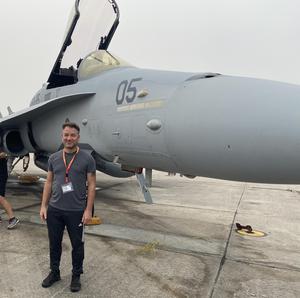 "I had a great deal of respect for anyone who has served in the military prior to my attendance and afterward, my respect for these men and women only increased. I learned a great deal and it was a tremendous experience overall."
Educator’s Workshop (EWS) is a 4-day, all-expense paid trip to Marine Corps Recruit Depot at Parris Island, S.C. The workshop occurred from February 10-14, 2020.
The goal of EWS is to allow educators, media personnel, and influencers of young men and women to get first-hand experiences of what goes into transforming young men and women into elite United States Marines.
This workshop dispelled many myths about Marine Corps boot camp and recruiting.
It was an opportunity for Mr. Spangler (and others) to understand and witness that the Marine Corps is an effective alternative, as well as a stepping stone to college.